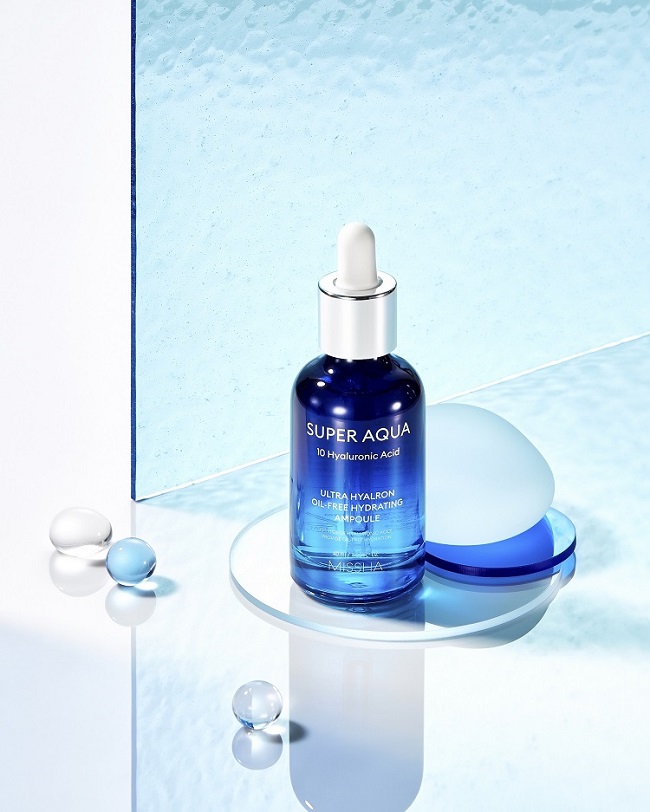 South Korea’s first-tier cosmetics maker Able C&C, which owns such brands as Missha, has disclosed an oil-free hydrating ampoule aimed at offering two features of wrinkle improvement and whitening at the same time.

It is double-functional cosmetics with skin-brightening and anti-wrinkle features, according to Able C&C. The product successfully went through a skin irritation test.

Able C&C said that the new oil-free product acts like a moisture to replenish skin for a dewy complexion and has a soothing effect of heat stimulation by moisture.

It added that the hydrating ampoule does not include substances, which can cause troubles to sensitive skin.

The company recommended people to evenly massage the product over the face using their fingertips in the essence step after cleansing.

“The new products do not include oil so that people would be able to easily use them in sunny days,” Able C&C Chief Marketing Officer Lee Jun-sung said.

“Based on its outstanding moisturizing capability, we expect that the hydrating ampoule would become a successor of our bestselling item of Super Aqua Cream.”

Glowpick is a Korean beauty review site where consumers rate beauty products themselves. The outfit holds the consumer beauty awards twice a year.