Korean cosmetics brand Missha has launched its second store in Ukraine this month, which is located at bustling Ocean Plaza Mall in the country’s capital city Kiev. 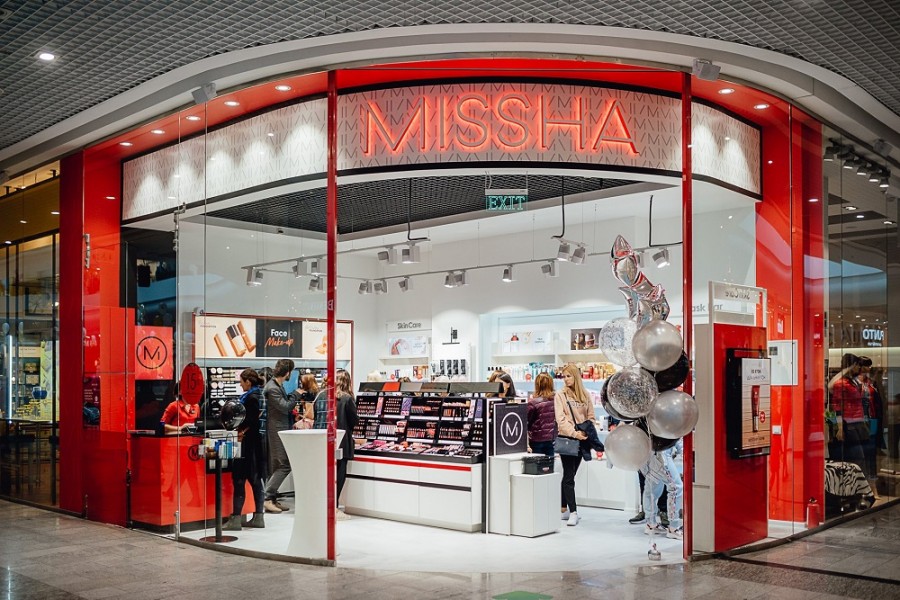 Able C&C, the cosmetics company that operates the Missha brand, said Nov. 20 that the new Ukraine store opened earlier this month to be welcomed by many citizens there.

For the opening ceremony, the outfit invited two makeup artists, who attracted so many visitors.

Able C&C first made an inroad into the European country in 2016 to sell its products online.

Early this year, the entity embarked on its first shop at Lavina Mall in Kiev.

During the first 10 months of this year, the figure already topped that of last year at $2.66 million. The annual amount is expected to exceed $3 million in 2019 for the first time.

Ukraine is a country in Eastern Europe, which is bordered by such neighbors as Russia, Belarus, Slovakia, and Poland.

With a population of 44 million people, Ukraine imported Korean cosmetics valued $5.53 million last year, up from $2.84 million in 2017.

“Many Ukraine people love Korea thanks in no small part to the rising popularity of K-pop, but not many Korean cosmetics brands are available there,” Able C&C Global Business Managing Director Shin Bo-yoon said.

“Hence, the awareness of Korean cosmetics brands is not so great. We think that we can preempt the competition by expanding our distribution channels early on.”

Able C&C has briskly waded into overseas markets. For example, it opened its fourth and fifth Belarusian stores this July.

In March, it made a foray into online markets in the United Kingdom and Poland.

Missha presently runs over 150 stores in more than 40 countries.